Went out on the streets of Stockholm to catch some new shoots in the beautiful weather. The summer 2012 will go into the history as one of the coldest for as far as temperature measurements have been taken in Sweden… Anyway, this day was perfect! 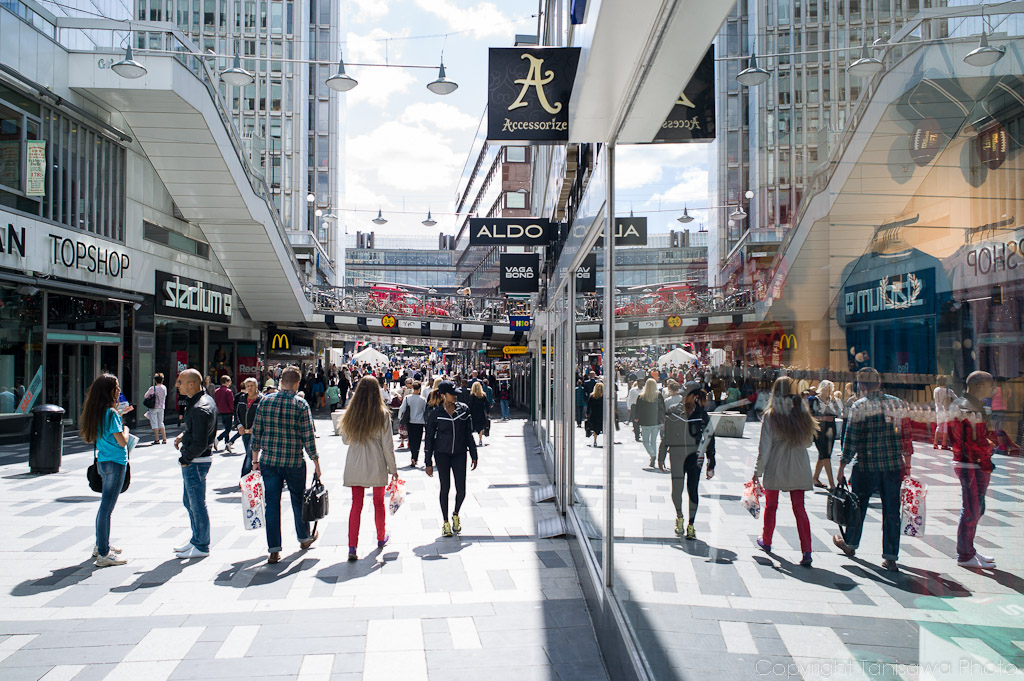 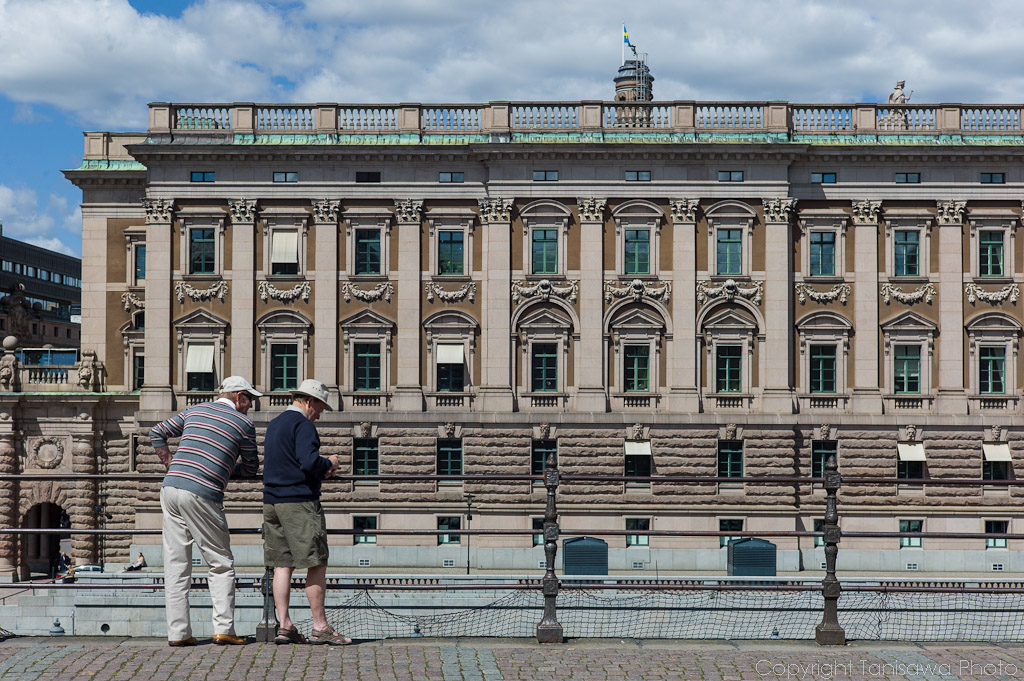 Tourist everywhere. Funny how fast taking digital pictures has taken over from analog and the way that you get instant result on a small screen instead of waiting for a week or so. I once worked in a small photo shop and it wasn’t that unusual that one 36 roll of film contain photos from more than one Christmas… 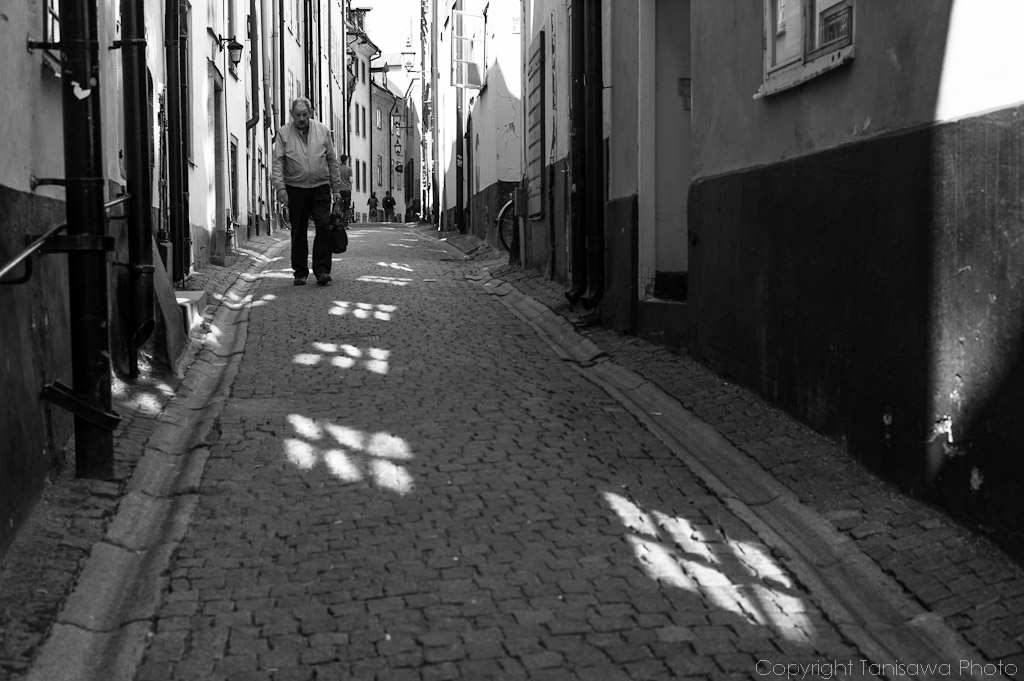 Slowly walking down the old streets of Stockholm. 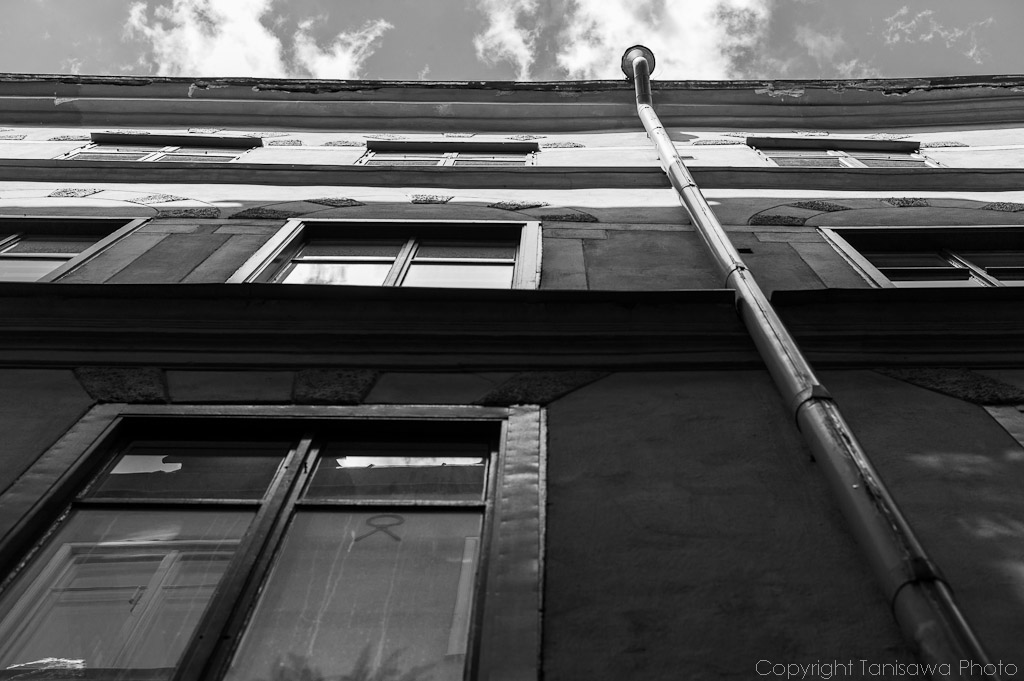 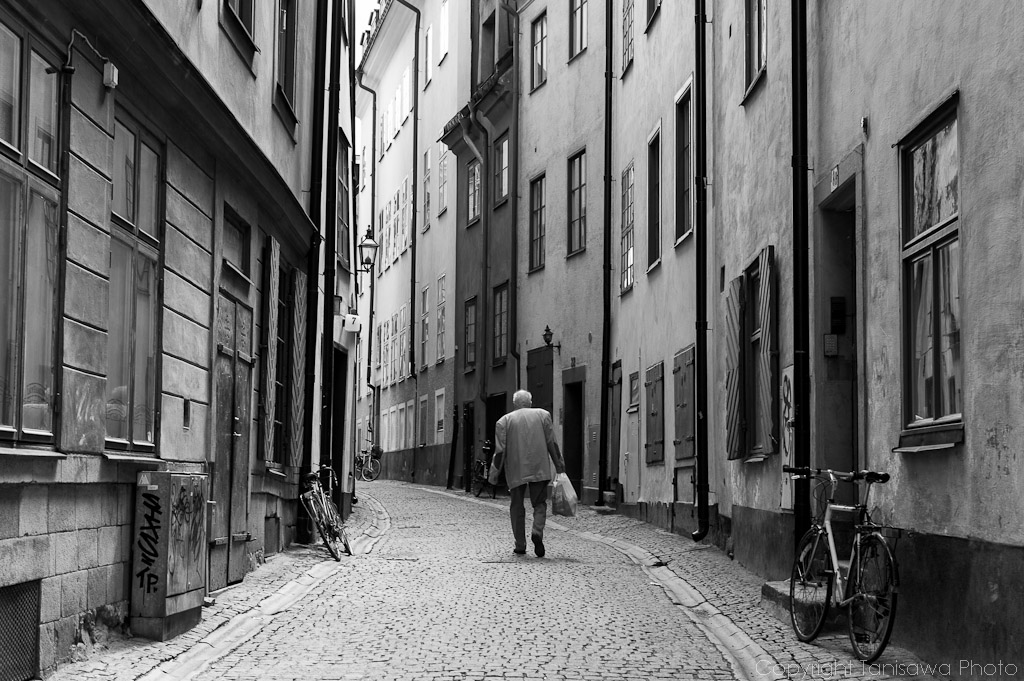 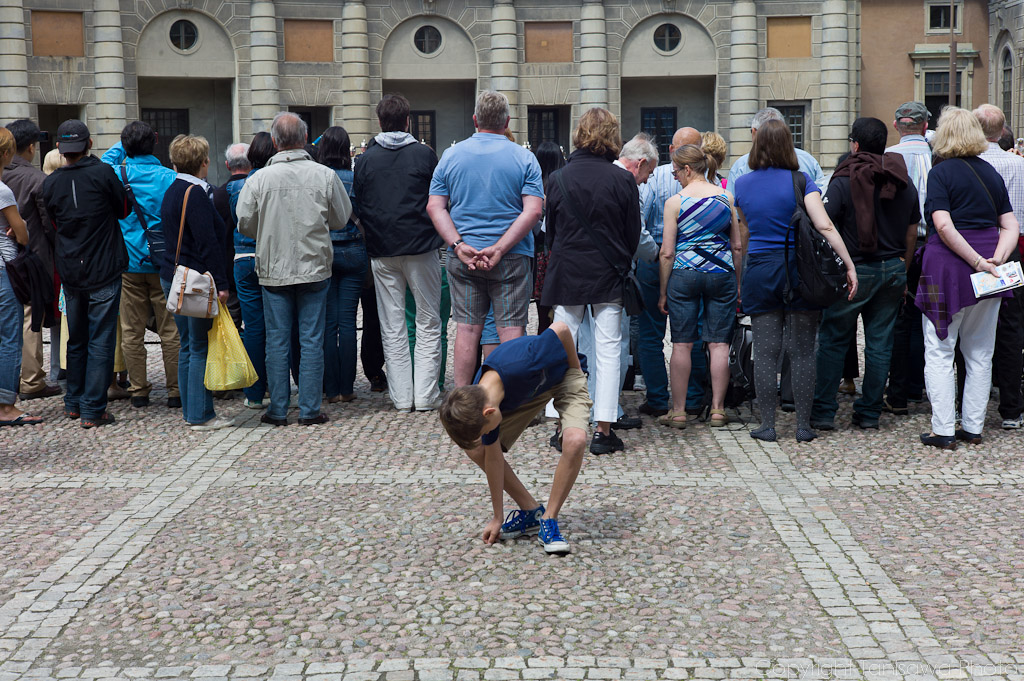 This kid has found something on the ground that obviously was a lot more interesting. 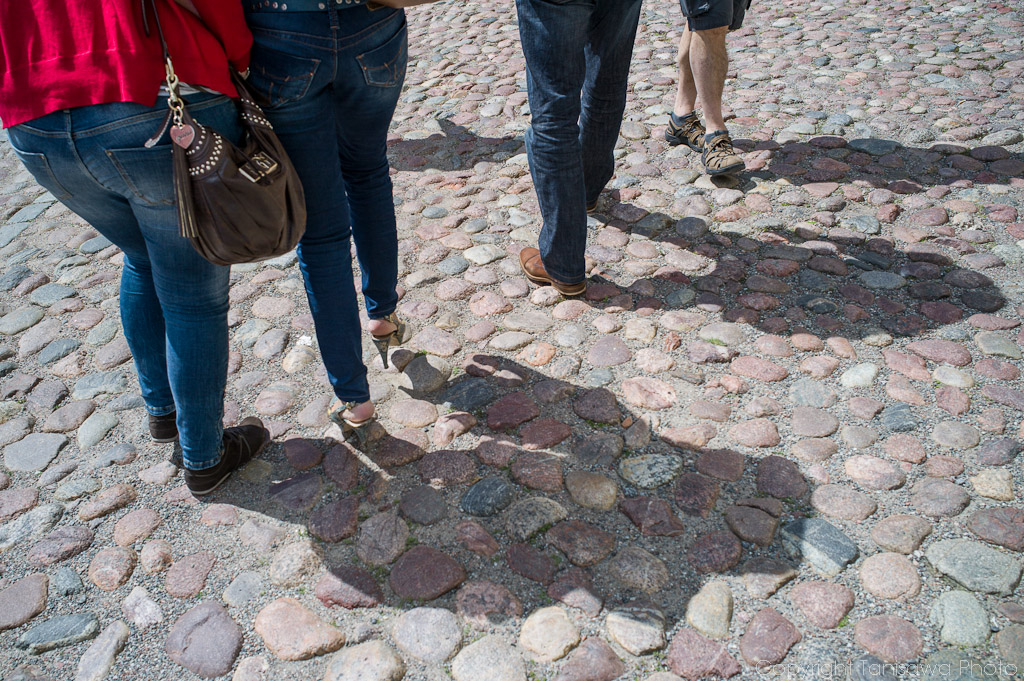 The combination high heels and streets made of round stones was a bad idea. 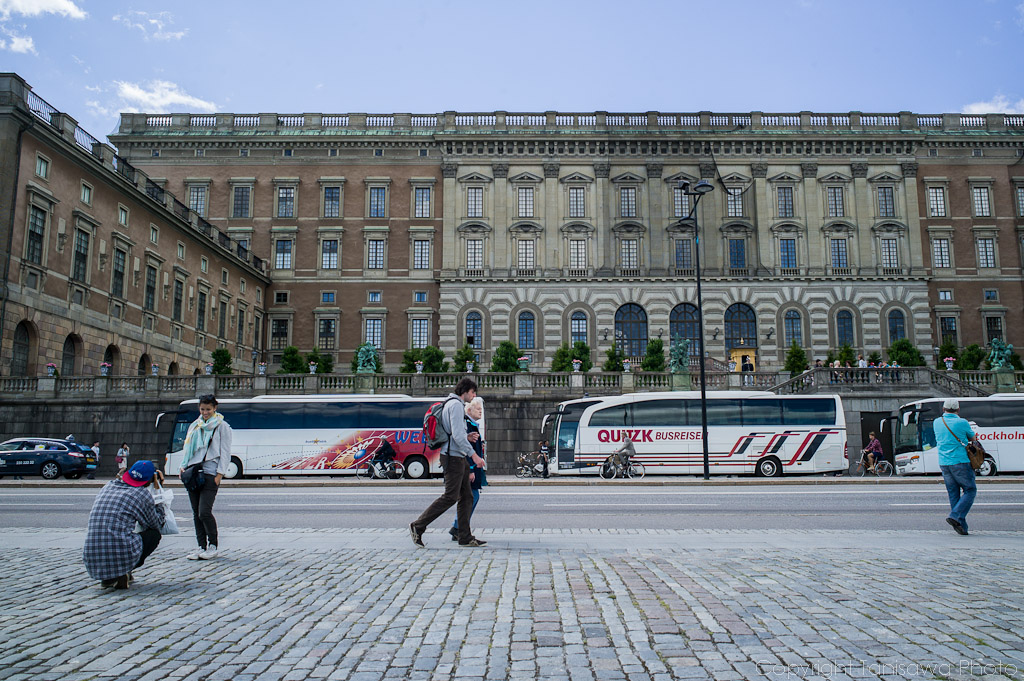 A stop for one of the most important shot for almost every visitor, a portrait with the Swedish royal castle as background. 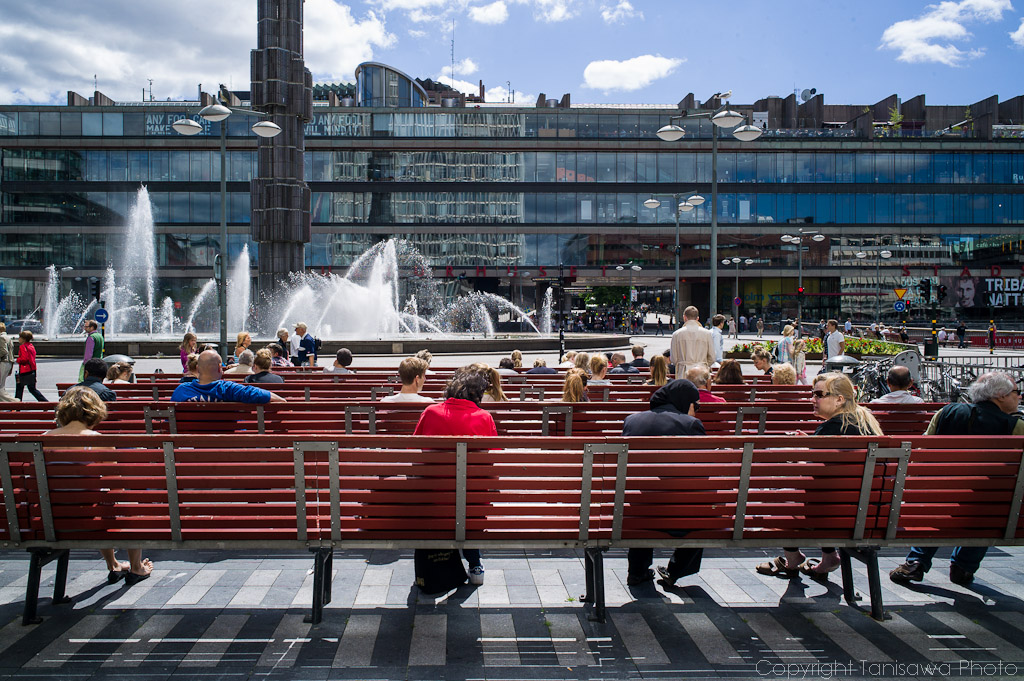 Tired of walking? Park yourself on a bench and relax while watching everybody else rushing on to the next sightseeing goal. 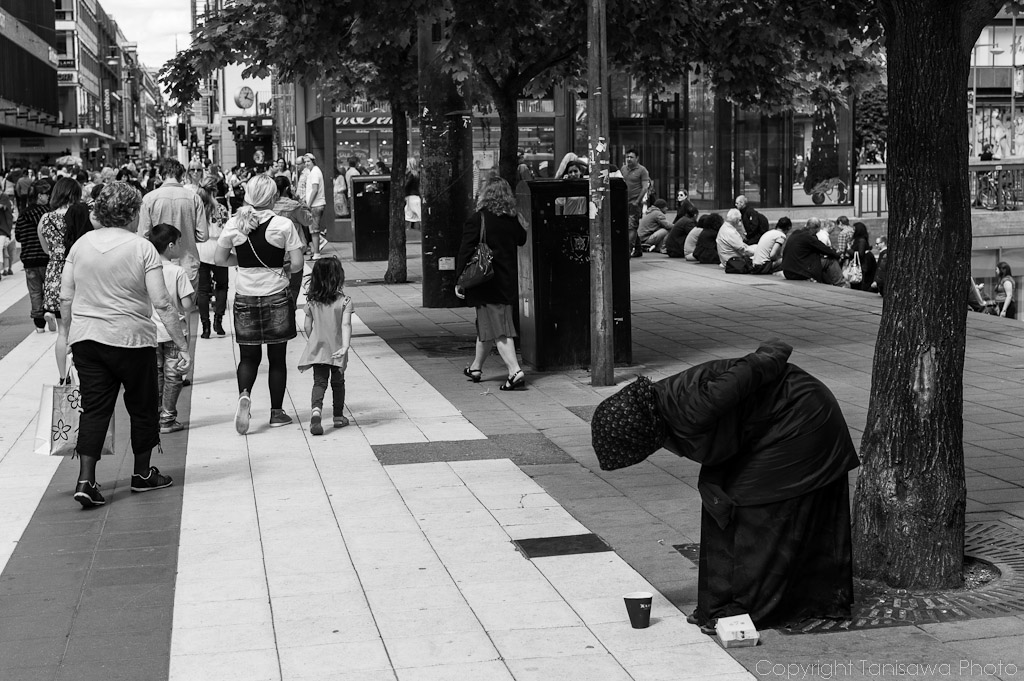 A more and more common sight in Stockholm, beggars.

Evening walk in the neighborhood