Black and whites from Stockholm

Some black and whites from a cold and windy Stockholm.

I thought it was about time to post something new to the site. Hera are some black and white images that I took a couple of days ago. They are all from the central part of Stockholm, or at least within walking distance from it. 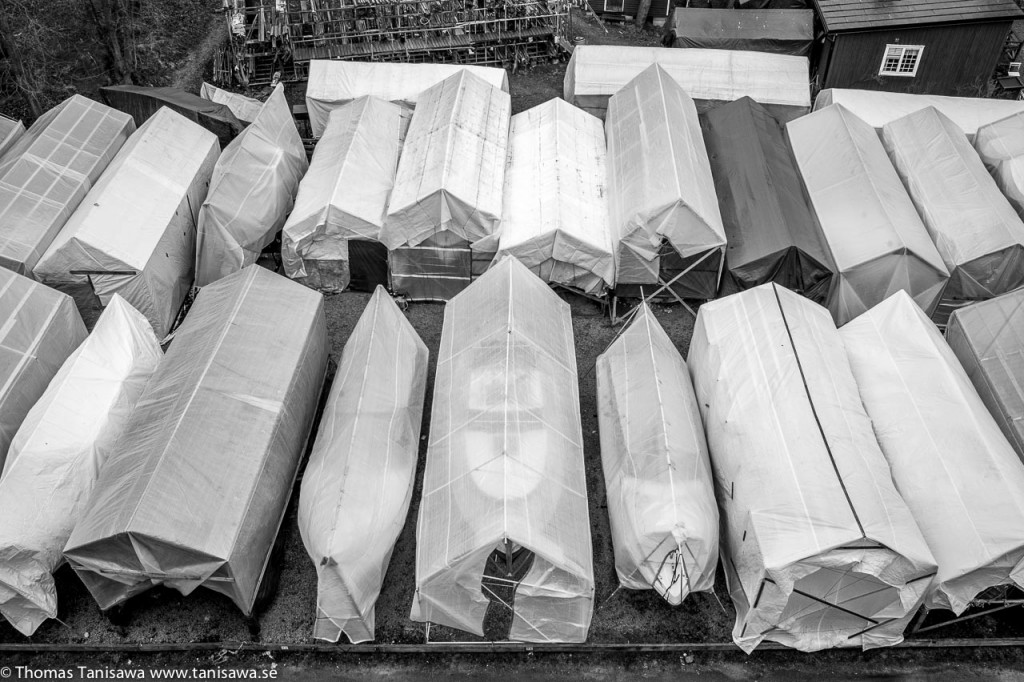 Under every tent there is a boat waiting to be put back in the water by its owner. Carefully wrapped in like giant Christmas presents but without the colour full paper they just wait until it is time to be unwrapped. Stockholm is a city surrounded by water and during the summer there are hundreds of small boats trying not to bump into each other while hunting for the best spot to “park” the boat. 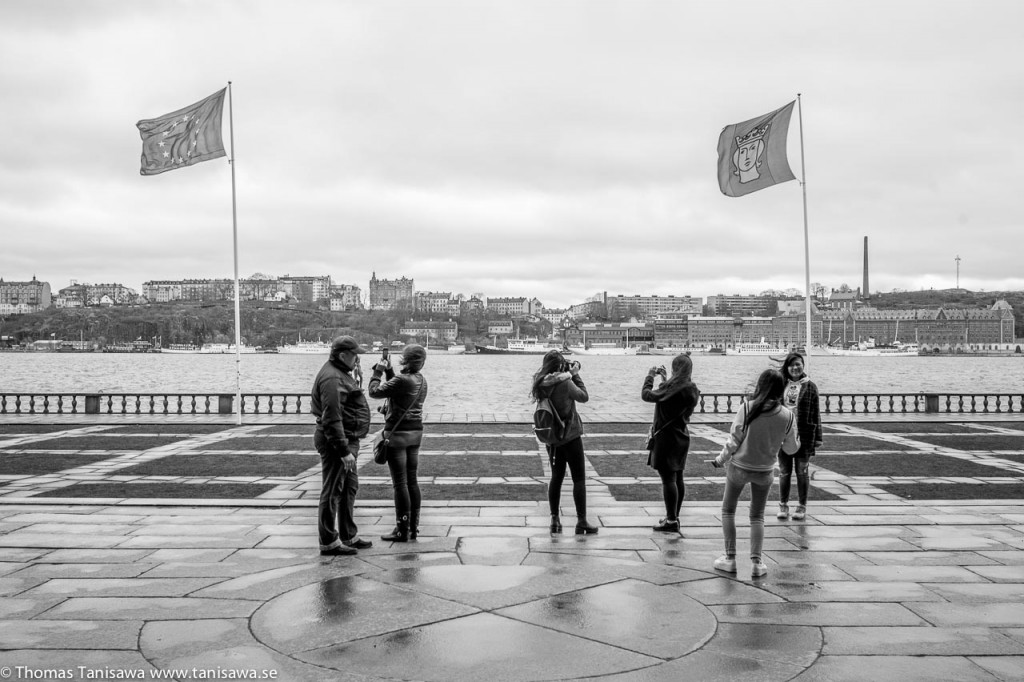 This day the weather here in Stockholm wasn’t made for long quiet strolls along the waterfront. The wind was terrible and it was sometimes quite hard just to walk in a straight line. Still, there are always a lot of tourists in Stockholm that just cant stay at the hotel. They of course just have to head out to see what the city has to offer, stormy weather or not. This little group tried really hard to pose in front of Stockholm´s city hall, making it look like the wind didn´t want to blow them into the water. I wonder how their pictures turned out… 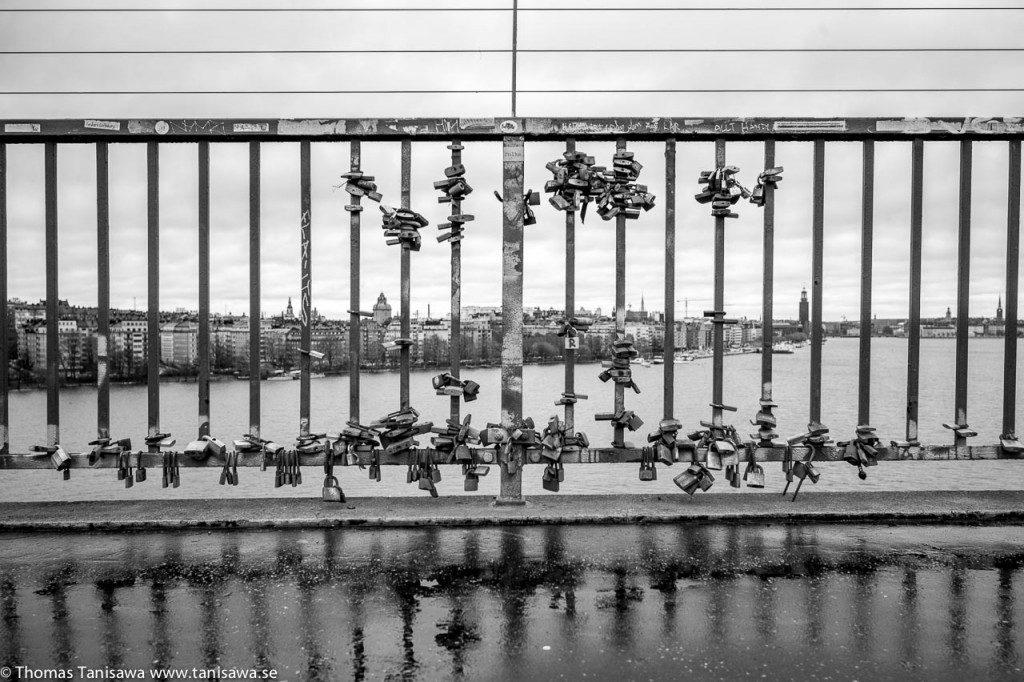 They exist in Stockholm as well, love locks. This is on the highest point of the bridge Västerbron and the wind was pushing me towards the fence really hard. After taking this image I almost flew down from the bridge. I hope the people placing the locks didn´t do that during a storm. Might be that their relationships after the lock has been placed here went trough a storm, but hopefully everything in the end turned out just fine. 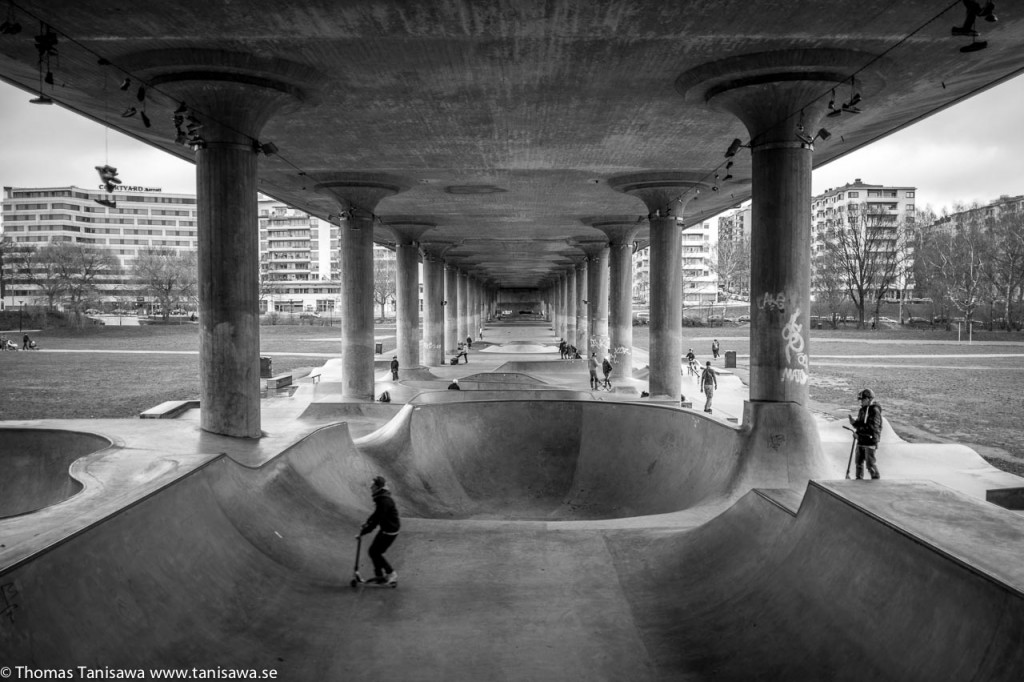 Sometimes the people managing the city come up with brilliant ideas. This I think is one of them. Under Västerbron they have built a giant skate park, fantastic. The space under the bridge wasn´t used for anything special since it was quite dark and noisy from the cars rushing on top. The skate park however fits just right in and for it, the environment is perfect. The skate pools are made of really hard and unforgiving concrete so this is not a sport for me. I would probably smash into the ground on the first attempt…

More images will soon follow and next time they will be in color.