Back in Amsterdam! I´m here again!

A couple of days have been spent in Amsterdam, Netherlands for some education. The feeling when traveling down was quite good. I looked forward to meeting all new colleagues from all over the world but the trip wouldn’t have any romantic “Fault in our stars”-theme, not planned anyway.  What I did have was Charli XCX “Boom clap” in the back of my head and that cheered up my mood enough to get me going. 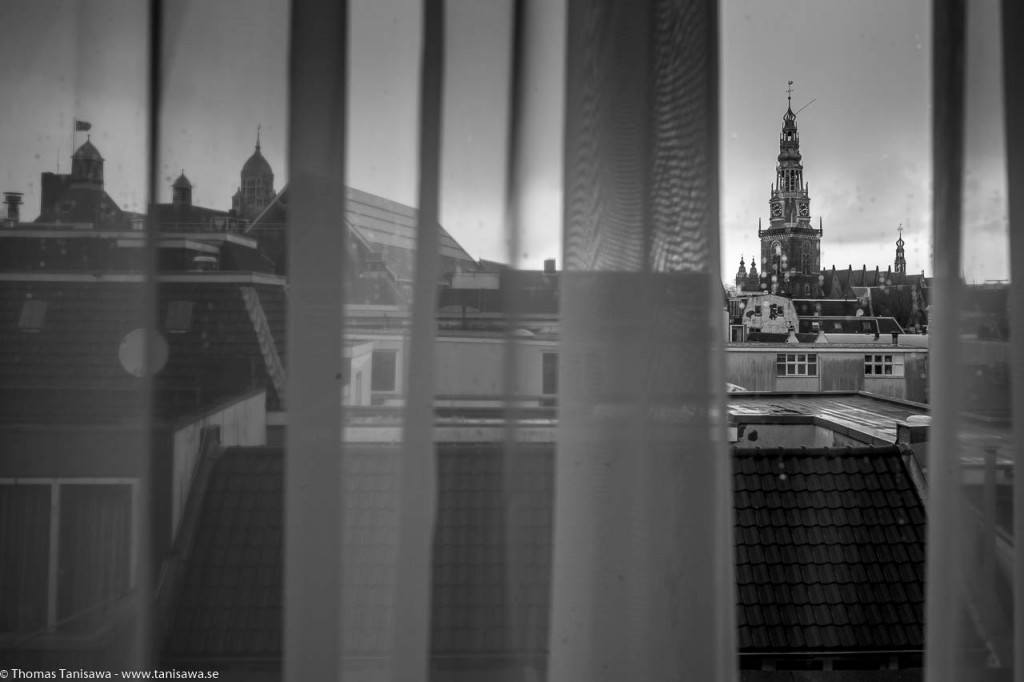 When I arrived to Amsterdam there was rain in the air. It was quite cold and like a wet blanket over Amsterdam the city slowed down a bit. Not much but enough to be noticeable. 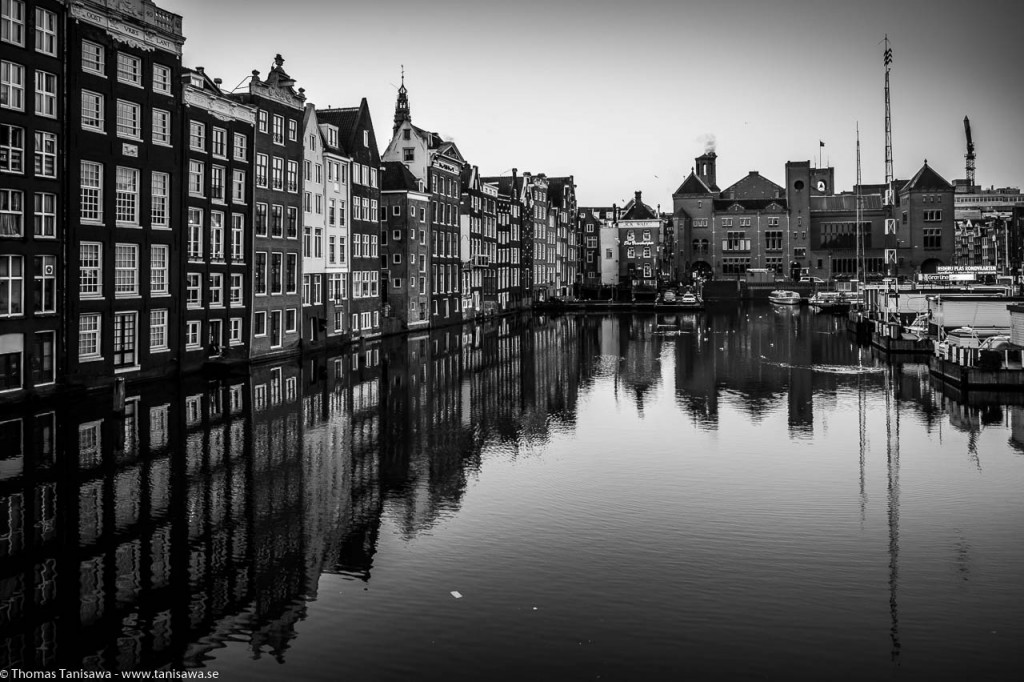 I guess that basement is a concept that doesn’t exist here in Amsterdam. 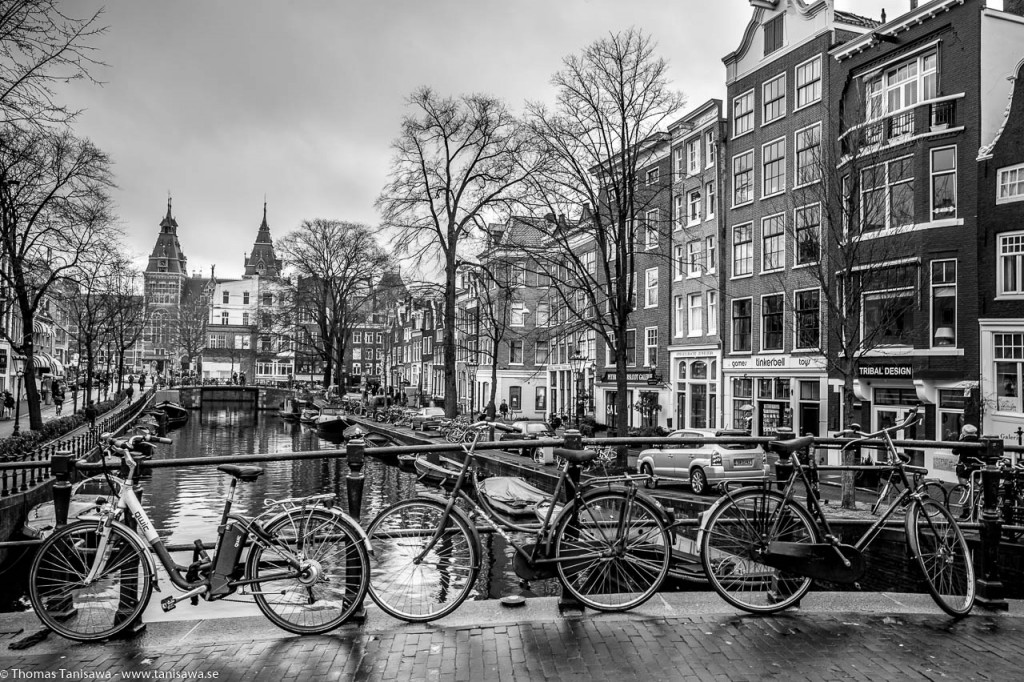 To me this is a typical Amsterdam-view. One of the many canals, the typical Dutch houses on the side, bicycles and cars and in the water small boats. This could have been taken anywhere in Amsterdam. I do like it and can walk for hours along the canals, so there is not criticism here! 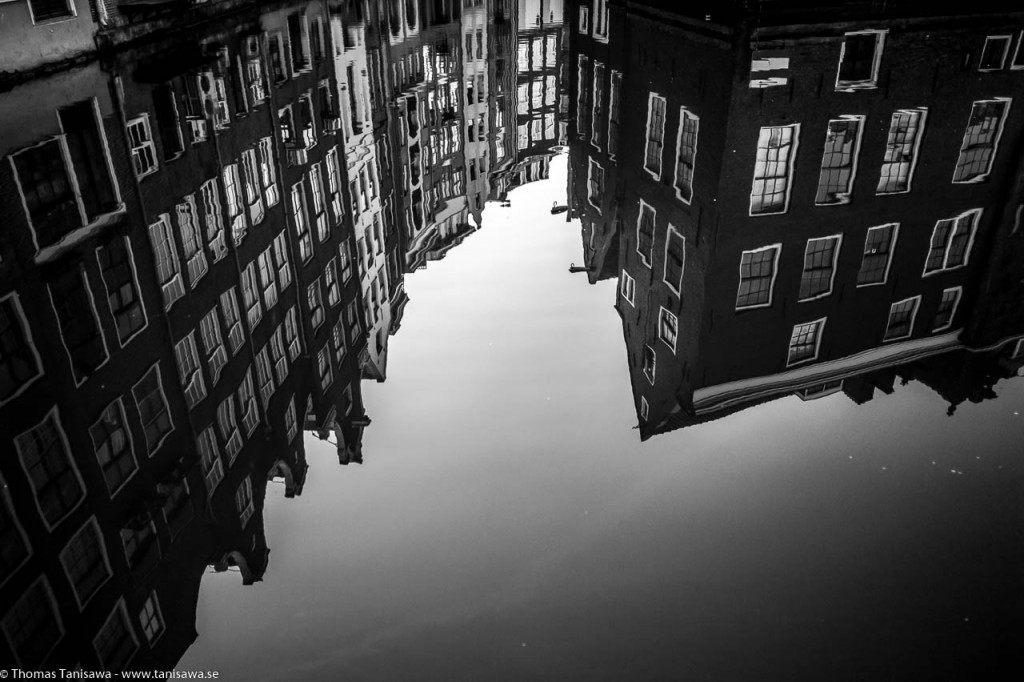 Looking to close and you will fall into the water. The are no guardrails so I can only guess how many tourist that they have to help out of the water every day… Since the area closest to the canal is usually reserved for parking, the fire department in Amsterdam has a group specialized on car “fishing”. 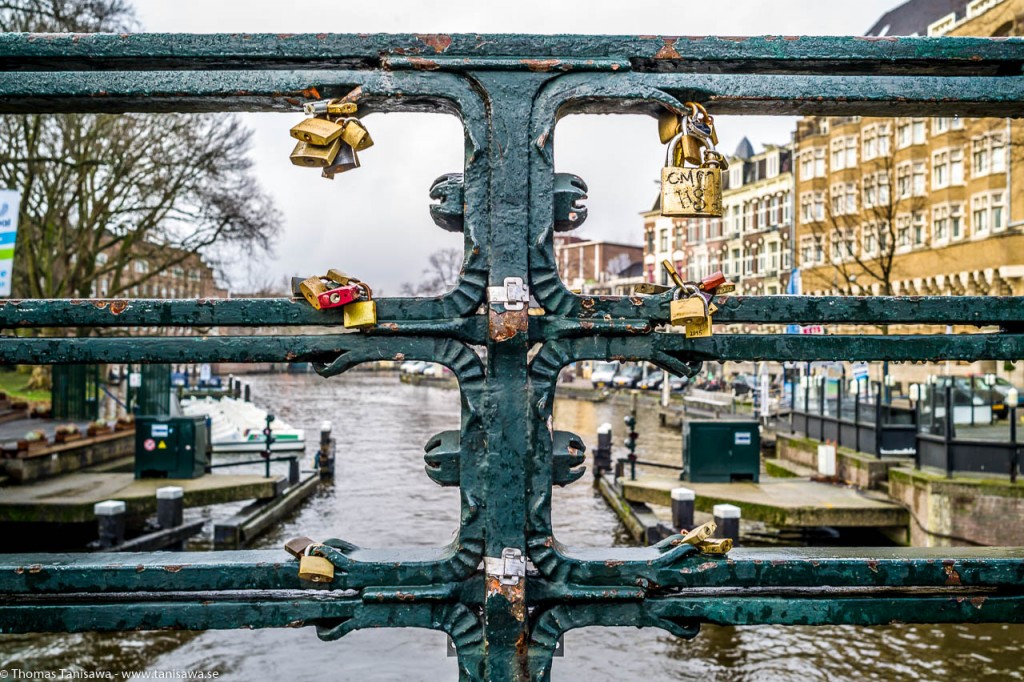 Love locks. As in many cities they exists here as well. I kind of like the idea to lock your love on a bridge in a special city. Hopefully it works out and how cool wouldn’t it be to go back in a couple of years to find your lock still in place, still there and still keeping its promise. 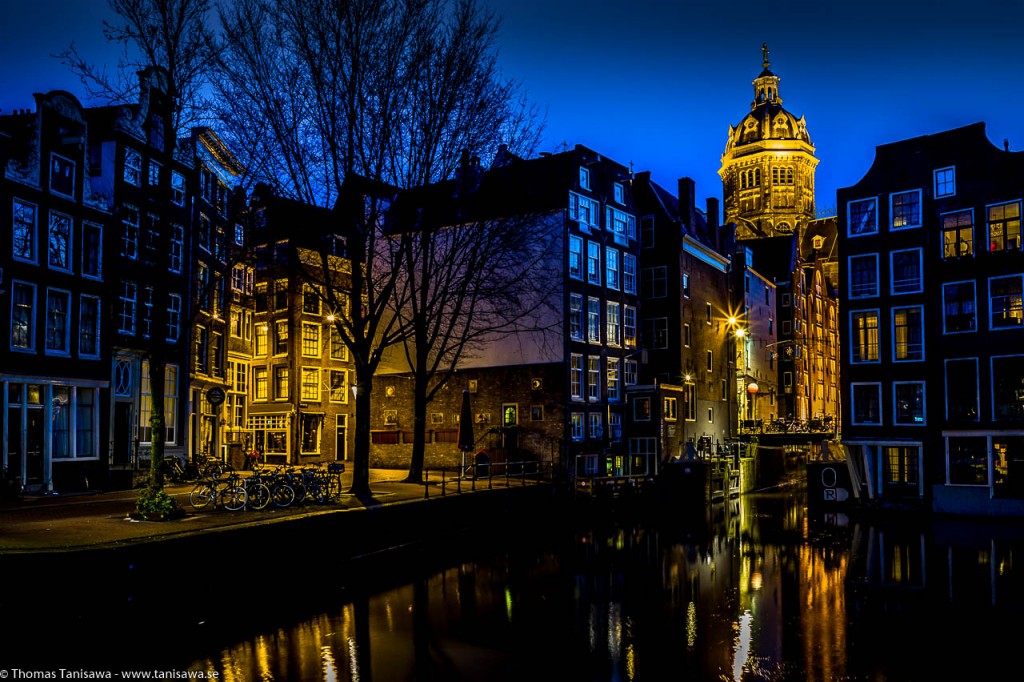 The nights in Amsterdam is special, very special. If you are coming from Sweden there are so many things that are just strange. The legalization of smoking cannabis has created a totally absurd industry of coffee shops, selling everything you need to fly home without an airplane. I don’t know if it is most popular among the tourists or the locals but most coffee shops where really crowded. 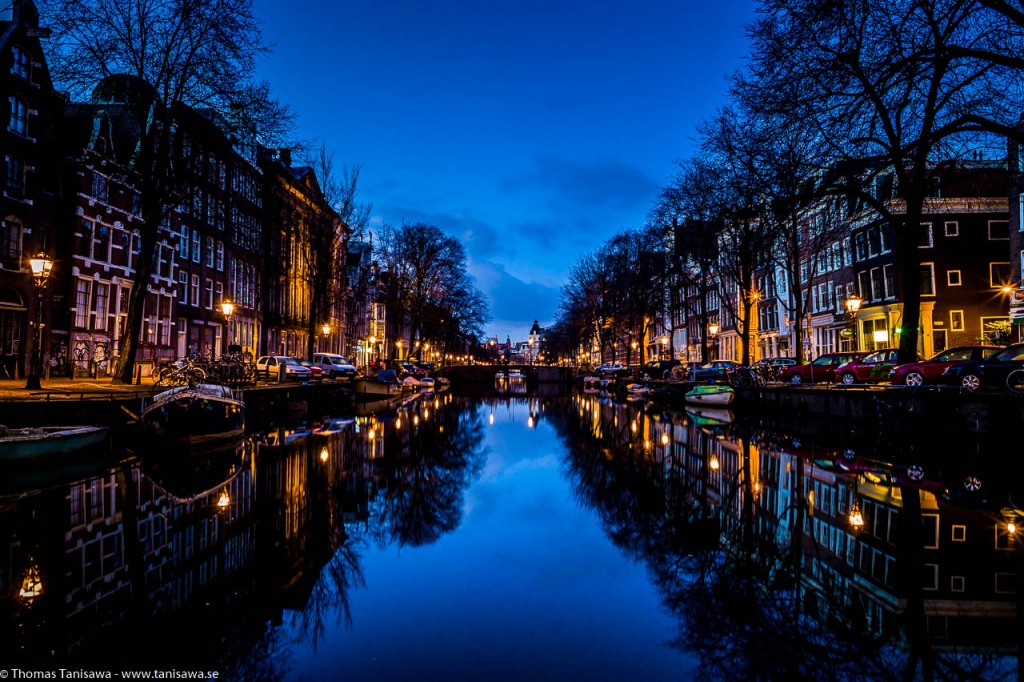 Still, it is very beautiful to walk through the city at night. There is always a lot of people out walking and there is only like one or two ours just right before the clock hit five in the morning when it´s almost quiet. And yes this is from one of those early (or do you way late) hours. 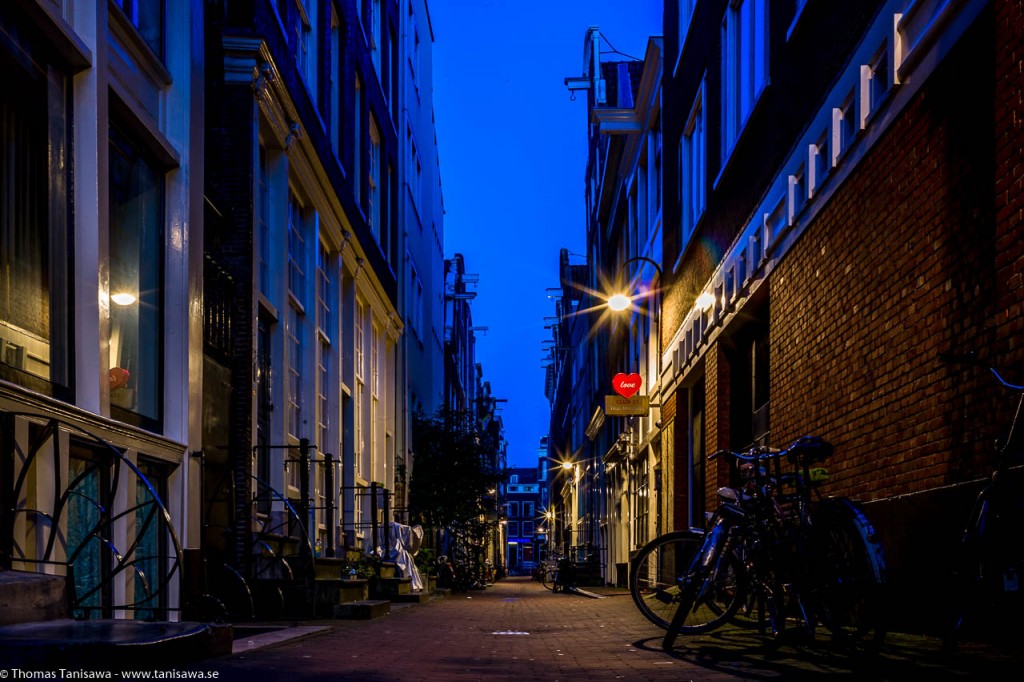 The famous or infamous red light district is where most of the prostitutes works. I find it strange that it is so in the open. There is no closed door, no hiding behind curtains. Girls are sitting on display in the windows just like fashion clothes, electronics or any other “thing” on special bargain.

First time I visited Amsterdam I thought it was a little bit strange but fun. But this time I got really depressed seeing the girls sitting there with a fake smile waiving at you. I just can´t imagine that the girls sitting there grew up without dreams and ambitions. Dreaming of a life full of happiness, meaning and a will to do things better. Life is not always fair but it must have been a long and really hard way for every one of them before ending up in one of the windows at red light. Once there, how do you then find the strength to dream about something else?

I took the image it in one of the many alleys and the love sign just pops out and signals love, like hope in the darkness. But here in Amsterdam I find it a little bit hard to connect the word love on the sign to the kind of love that have the power to move mountains. Here is has been transformed to something else… 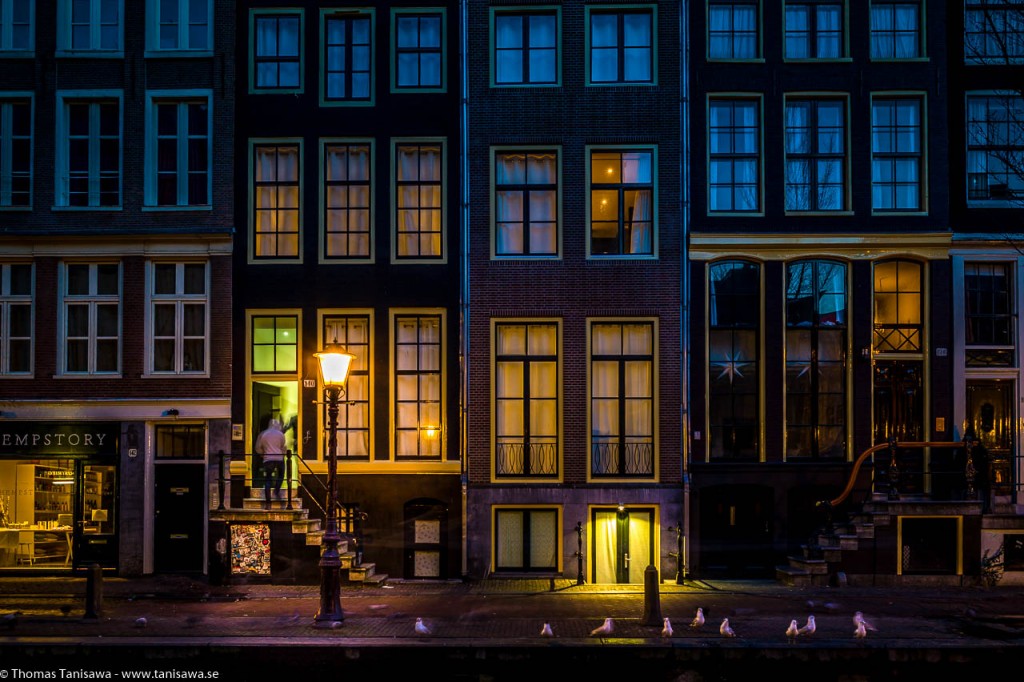 This is the proof that I wasn´t alone on my morning/night walk. I suppose that they were coming home from a hard party night in Amsterdam. When it comes to the seagulls I do not count them as company, yet. They really never sleeps, just like the city. 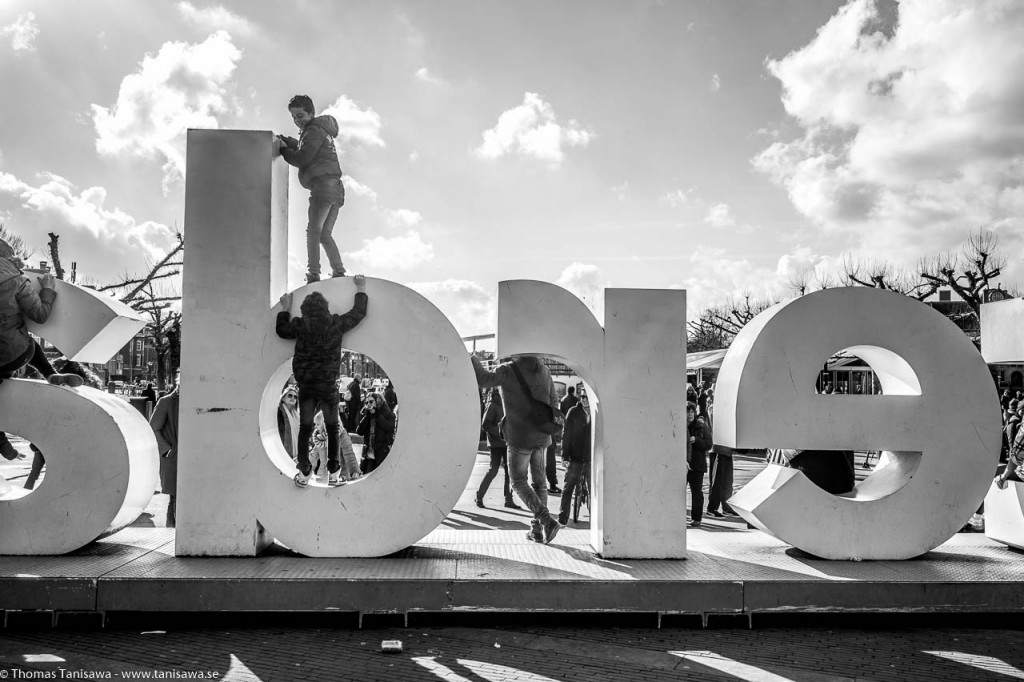 Time to visit Amsterdam´s famous Rijksmuseum. A truly mind blowing collection of art from Vincent Van Gogh, Monet, Rembrandt and hundreds or perhaps thousands of other great artists. The sign the kids are climbing on says, “I Amsterdam” so now you don´t have to guess that. 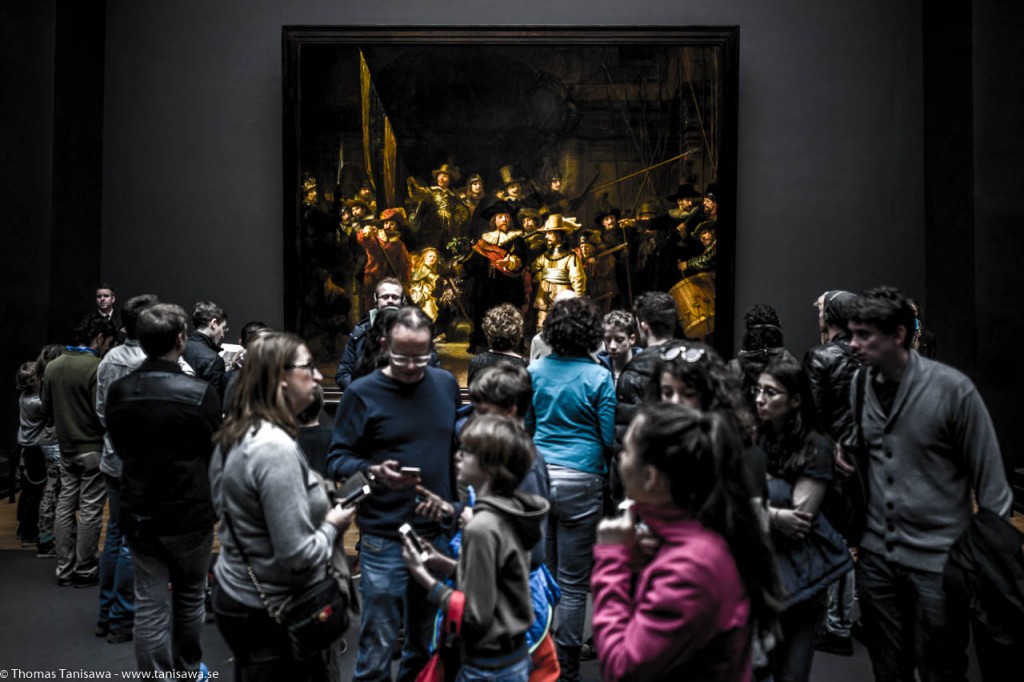 And there it is. The “Night Watch” by Rembrandt! But do I like it? Answer it unfortunately no. This is not my favorite at all. Before going here I know how Rembrandt usually paints and to be honest, it is not my cup of tea. However this is such a famous painting so I just thought that I would be more, or should be more, how to put it, amazed. No argue about the painting is an impressive painting but it´s not for me, sorry Rembrandt. 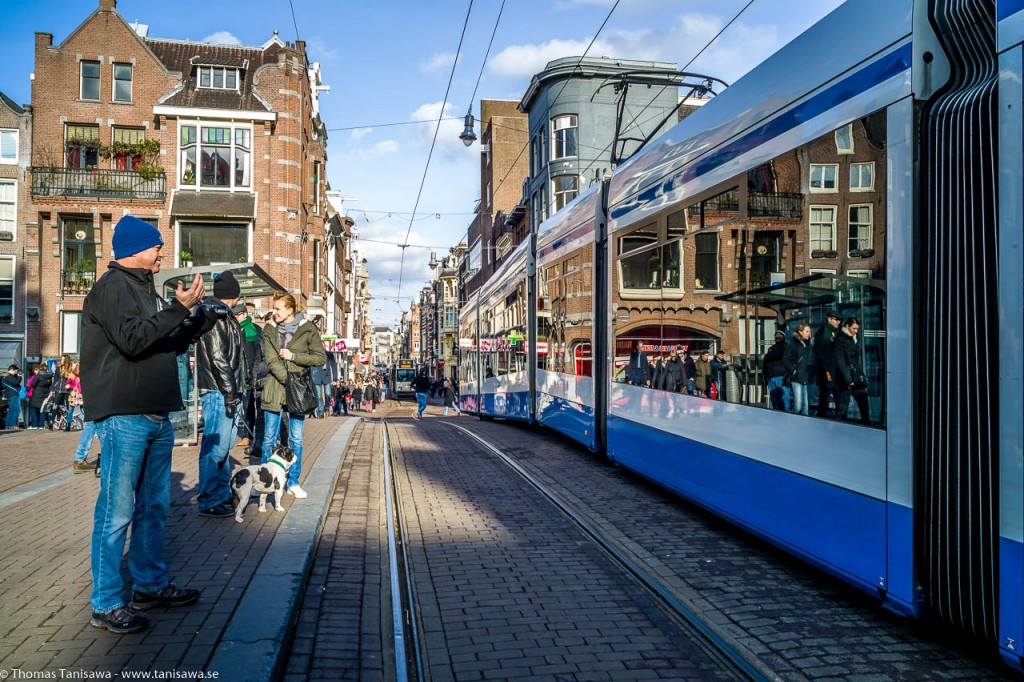 Well out on the streets again during the day the real life of the city hits you. Nothing stands still for more than a second or so. Everything moves, everything makes sounds and everywhere you look there are people rushing by. There are bicycles everywhere, and when I say everywhere I really mean it. You need to know where to look, where not to go and be alert to not getting hit. 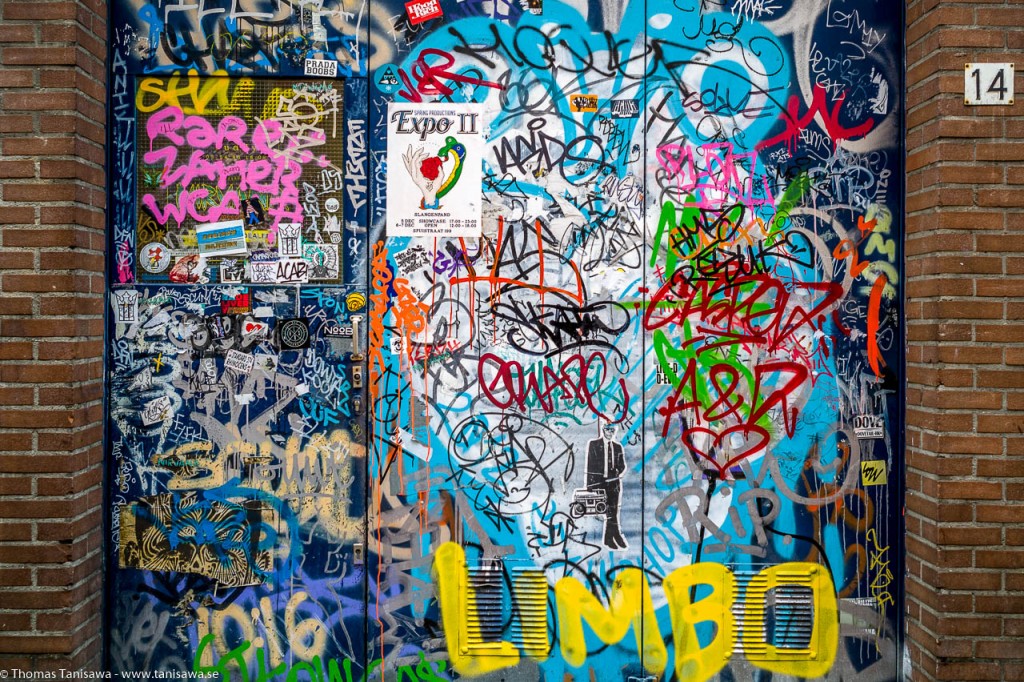 I like colors, patterns and the funny small things that not everybody have the time to notice. I usually stops and takes pictures of graffiti, signs or other strange objects. Must guess that I sometimes look quite strange, when I take a picture of something and everybody around ask them self, why did he take a picture of that? Or more correct, they see me as a Japanese tourist and that makes it ok to take pictures of strange things. 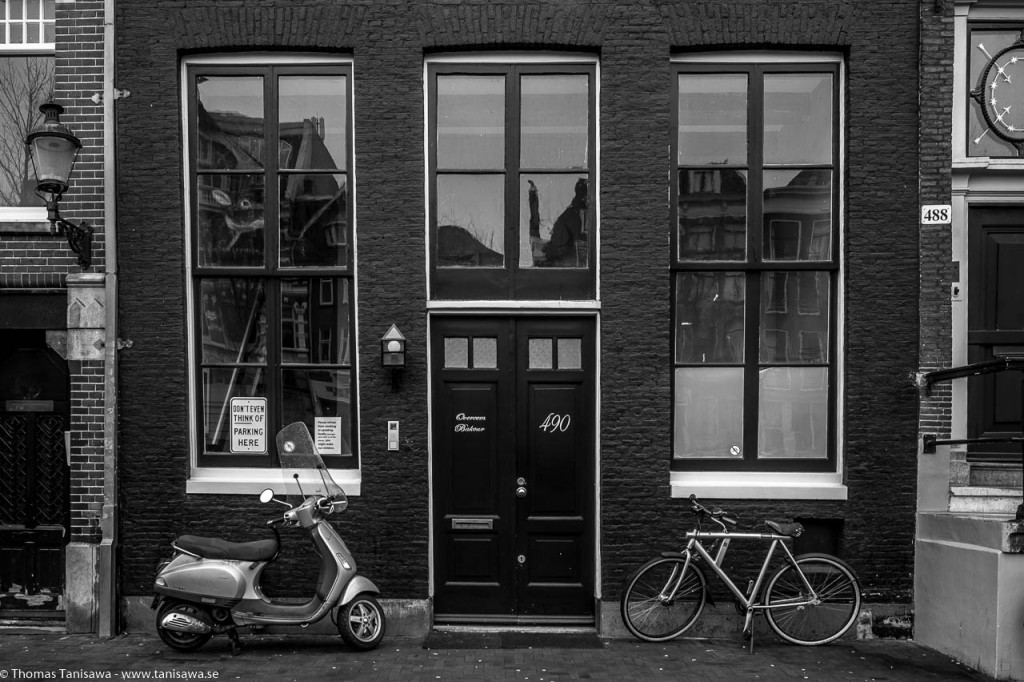 Might be hard to see in the picture but this house owner had a sign outside saying “Don´t even think of parking here”. Inside behind the windows he had reindeer head staring at you, should you even thing of parking there… 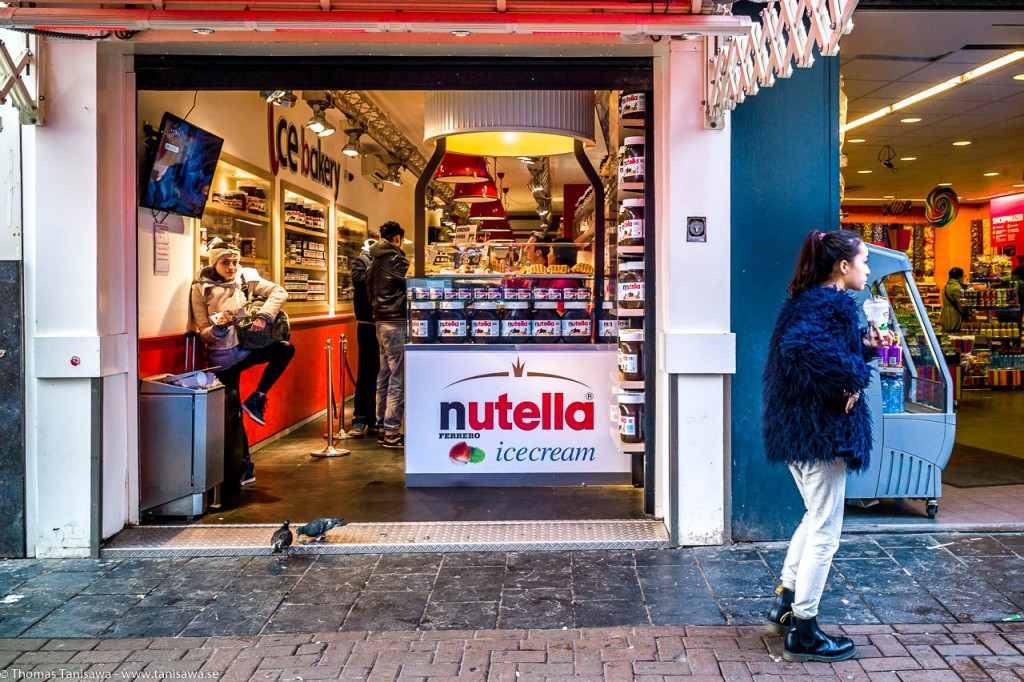 A store that only sells Nutella! Just walking in to the store and let the sweet smell of chocolate fill your whole body, that is amazing (sorry Rembrandt). So until next time going back to Amsterdam I´ll keep this images and my memories close and perhaps I´m back sooner than expected.